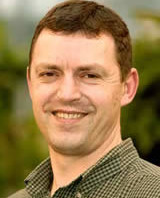 The research in our lab is centered on the developmental processes and signaling events associated plant reproduction. Presently we have 2 main foci, first signaling events involved in pollen tube growth, in particular to role of calcium dependent protein kinases (CDPK’s) in signal transduction in this process. Pollen tubes extend by tip-growth and it is well established that there is a steep tip focused calcium gradient and there is evidence that CDPK isoforms may by involved in downstream signaling events. We are investigating this using negative dominance and catalytically modified CDPK constructs as well as searching for CDPK substrates using the yeast 2-hyrid system.

The second focus is on the heteromorphic self-incompatibility (HSI) system in Primula. HSI promotes out-breeding through a physiological recognition system combined with a set of morphological characteristics. In Primula there are two floral morphs, which exhibit reciprocally positioned anthers and stigma. Pollen number and size, and the size and shape of stigmatic and stylar cells also differ between morphs, and these characters act synergistically to prevent inbreeding. HSI is controlled by a diallelic S-locus, the short style (thrum) morph is determined by the dominant S allele being Ss in genotype and the long styled (pin) morph is homozygous recessive (ss).

Studies have shown that this S-locus is in fact a supergene – a number of tightly linked genes with the alleles of at least 7 loci linked and inherited as a single unit. Identification and characterization of the genes which make up the supergene has the potential to make a significant impact of our understanding of floral biology, not just in the functioning and evolution of HSI systems, but also in the regulation of floral morphology (cell size and shape) and male reproductive capacity (pollen number). This project offers an opportunity to study several key aspects of plant reproductive biology and will provide new insights into the evolution and control of plant breeding systems. In addition recent developments in the use of transgenic crops have led to concerns about the escape of transgenes into wild relatives. One way to address this problem would be to reproductively isolate crop species, studies such as this of the coordination of floral traits to produce breeding barriers will make a valuable contribution to achieving this goal.

McCubbin, A.G. and Roalson, E.H. (2005) Construction of bacterial artificial chromosome libraries for use in phylogenetic studies. Methods in Enzymology 395: 384-399.