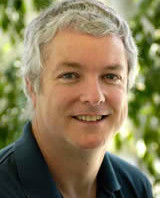 Physiological and biochemical changes that mediate loss of post harvest quality in fruit and vegetable crops are of interest. We currently have a major research focus on physiological aging of potato seed-tubers. Potatoes are propagated vegetatively from virus-free seed-tubers stored prior to planting. Storage conditions can influence the rate of aging, which subsequently affects plant growth and crop yield.

Using potato as a model, we are investigating metabolic changes associated with loss of vigor and growth potential during aging. Ongoing studies include: oxidative processes and associated defense mechanisms in the aging process; age-induced changes in energy metabolism during sprouting; mechanism of phospholipid and fatty acid catabolism relative to deterioration in membrane function during aging; role of NADPH oxidase in the age-induced loss of hypersensitive response and wound-healing ability of tubers; and mechanisms by which proteins become targeted for proteolysis during tuber aging.

My program evaluates the storability, processing quality, and culinary attributes of clones and cultivars in The Pacific Northwest Potato Variety Development Program (WA, ID, OR). We thus have access to potato genotypes with differential susceptibility/resistance to major pathogens, insects, cold/heat tolerance, drought, etc. The germplasm from this program offers a unique opportunity for fundamental research on the metabolic bases of resistance/susceptibility to various biotic and abiotic stresses in potato.