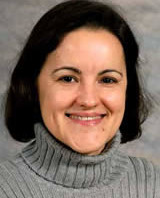 Research in this laboratory deals with the metabolic engineering of folates and methionine and riboflavin biosynthesis in plants. Folates are the main cellular providers of one-carbon groups for metabolism in most living organisms. Humans require folates in their diet but are unable to synthesize these vitamins de novo. Folate deficiency is common even in developed countries, and has been linked to anemia, birth defects and vascular disease. Since plants are capable of synthesizing folates de novo, and moreover represent the main dietary source of folates in the human diet, metabolic engineering of plants with increased folate content is an appealing choice for improving folate uptake in human populations.

Methionine (Met) is an essential amino acid for humans and nonruminant animals. Crops used for animal feed do not have optimal methionine content and must be fortified with supplemental Met. The high cost of this supplementation has prompted recent interest in metabolic engineering of plants with increased Met content. The one-carbon metabolic network includes reactions involving various folate species, and also provides methyl groups for Met synthesis. This laboratory is currently testing the concept that metabolic engineering of both folate and Met content in plants can be achieved by taking advantage of subcellular compartmentation of one-carbon reactions.

Riboflavin (vitamin B2) is the precursor of the coenzymes flavin adenine dinucleotide (FAD) and flavin mononucleotide (FMN). Deficiency of this vitamin in humans has been linked to vascular disease, pregnancy complications, and age-related cataracts. The long-term objective of this laboratory is to provide means for improving riboflavin uptake in human populations by engineering crops with increased riboflavin content. The microbial enzymes (RibA-RibF) that catalyze the synthesis of riboflavin from the precursors GTP and ribulose-5-phosphate, and its conversion to FMN and FAD, have been cloned and biochemically characterized. Homologs of RibA, RibB and RibE have been cloned from plants, indicating that the plant riboflavin biosynthetic pathway probably uses the same precursors as the microbial pathway, and consists of the same or similar biochemical reactions.

This laboratory currently focuses on the elucidation of the riboflavin biosynthetic pathway in plants, the mandatory first step before the engineering can be attempted. Towards this goal, the laboratory is cloning and biochemically characterizing plant enzymes involved in the biosynthesis of riboflavin and its conversion to cofactors FMN and FAD, and investigating their subcellular localization.